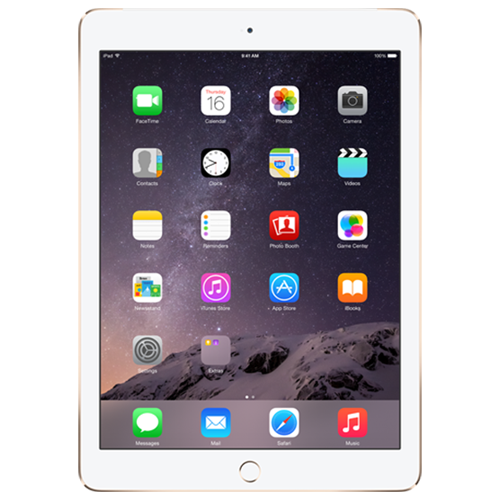 The iPad 2017 could have easily been named iPad 5(it’s the fifth generation iPad). The iPad 2017 was first announced on 21st March 2017, with the same screen size as the iPad Air but the weight is more akin to the original iPad Air. The iPad 2017 was praised for its performance, price and battery life but criticised for lacking a laminated and anti-reflective screen. Its introductory price was the lowest ever for an iPad with critics suggesting it could be aimed at the education market or at businesses looking to move towards tablet computing. It was available in silver, space grey and gold.

If you have an iPad that needs repairing, WeFix is your first call. Why be without your iPad for days or even weeks when you could have it fixed on the same day? Our online booking system is really quick and simple to use – just drop your postcode in to get started.